This magical art installation, titled Falling Garden was created for the 50th Venice Biennial in 2003. Housed in the Church of San Stae on the Grand Canal, it was conceived and executed by Swiss artists Gerda Steiner and Jörg Lenzlinger.
Steiner and Lenzlinger create site-specific fantasias and interactive wonderlands which are an adaptation of nature.  The interplay of the natural with the synthetic creates an interesting allegory. The fusion of discarded objects, plant materials and plastics take on a magical and playful character when combined in what could be described as an interactive web. Almost like a living organism, modern-day objects (such as nylon blossoms from the dollar store) come alive, resembling living, breathing organisms! Housed in a church, we think the juxtaposition of modern-day consumer waste and tradition, religion and ritual is beautiful; a marriage of old and new that is accessible.
Falling Garden consists of these components: Plastic berries (India), cow pads (Jura), waste paper (Venice), baobab seeds (Australia), beech, elder and magnolia branches (Uster), thorns (Almeria), nylon blossoms (one-dollar-shop), pigs’ teeth (Indonesia), seaweed (Seoul), orange peel (Migros shop), fertilizer crystals (home grown), pigeons’ bones (San Staë), silk buds (Stockholm), cattail (Ettiswil), cats’ tails (China), celery roots (Montreal), virility rind (Caribbean), wild bore quills (zoo), banana leaves (Murten) and rubber snakes (Cincinnati).
The following is a description of the work by the artists themselves (http://www.steinerlenzlinger.ch/index.html):
"The Doge (Mocenigo) needed a church so as to be able to have a monumental tomb built for himself, the church (San Staë) needed a saint so as to be able to be built, the saint (San Eustachio) needed a miracle so as to be pronounced a saint, the miracle needed a stag in order to be seen, and we built the garden for the reindeer. The visitors lie on the bed above the doge’s gravestone, and the garden thinks for them." 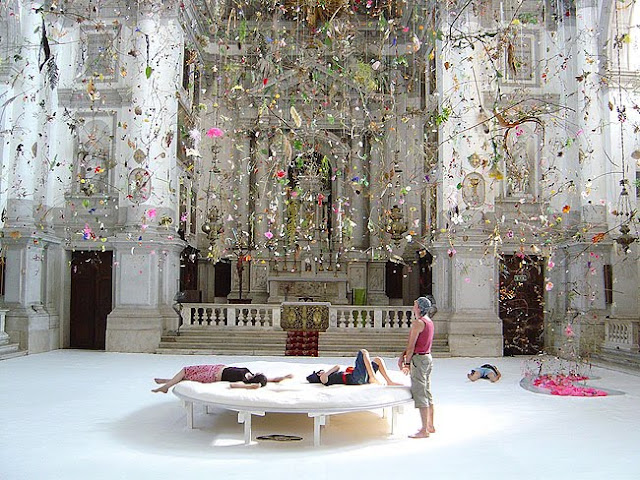 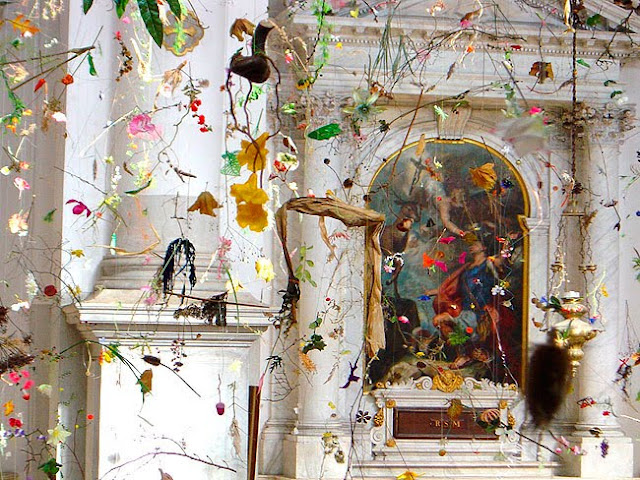 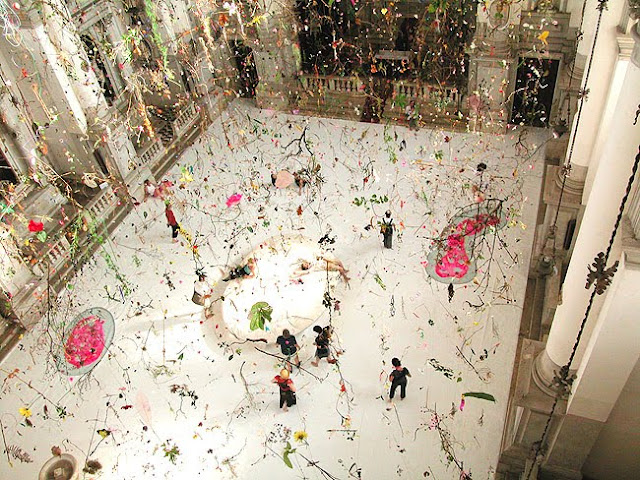 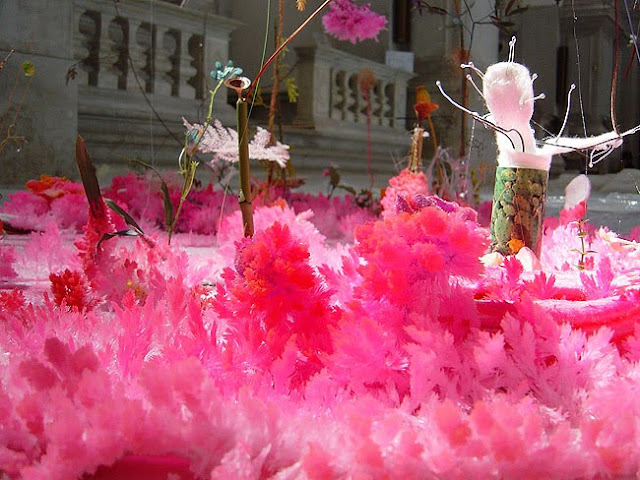 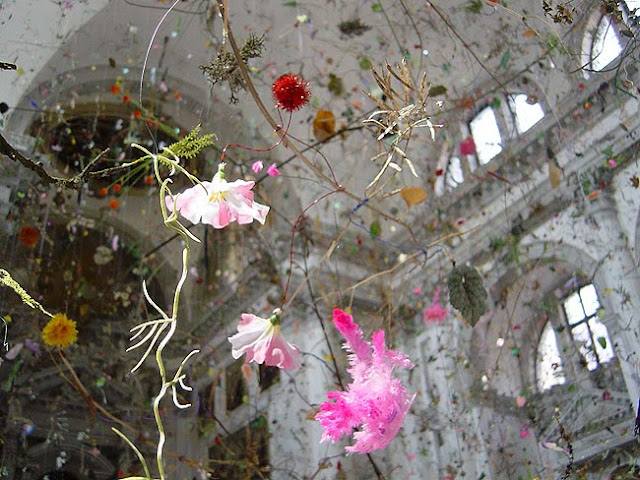 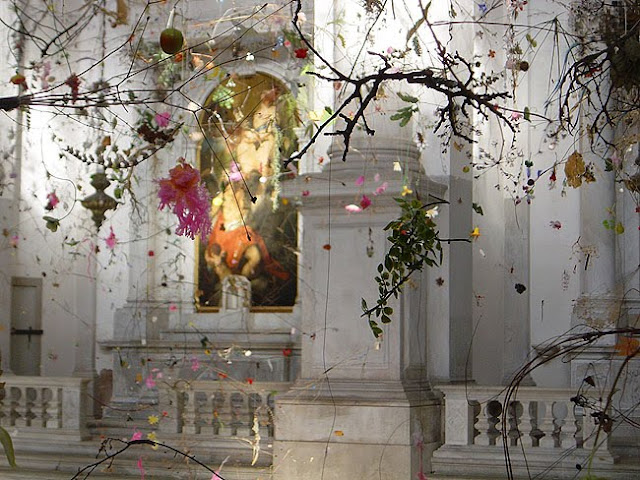 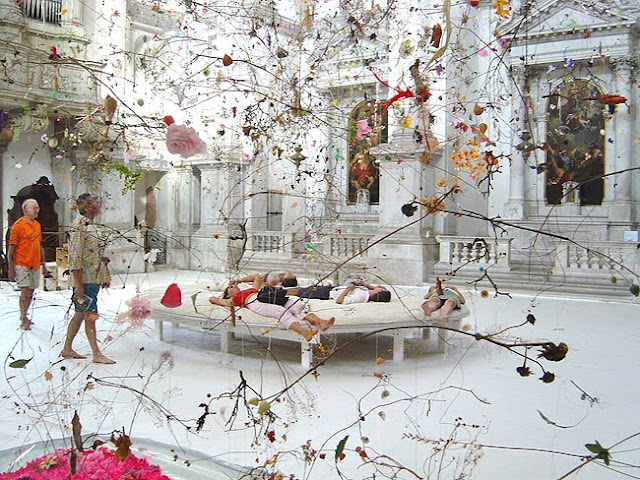